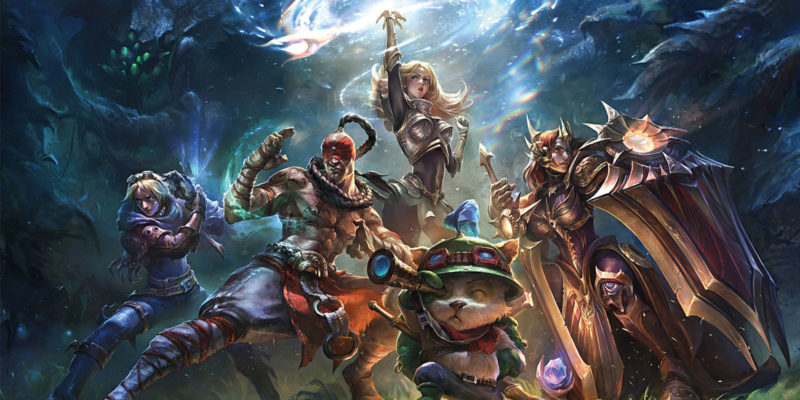 Playfull, a California-based startup that lets iOS and Android users earn deals from fast food chains by playing casual games, is getting into esports with the help of a $3 million fundraising round led by MTG and Boston Seed Capital, GamesBeat reports.

Players can link their League of Legends account with the Playfull app and then play games as normal to earn rewards. The service is currently open for early access and Spotify and Coca-Cola are listed as partners along with Swedish esports production company DreamHack and the ESL Pro League, the professional esports league for Counter-Strike: Global Offensive.

“This is the purpose of why we started this company,” Playfull CEO Patrick Lu told GamesBeat. “You know that games are great, but they don’t help your real life unless you’re a pro esports player. 99.9% of gamers aren’t good enough. And so what we want to do is help gamers improve their lives through doing something they love.”

Investors seem very interested in the potential of startups like Playfull to find new ways to monetize the growing gaming industry, reaching everyone from casual mobile gamers to more serious competitive players. This week, XY Gaming reported it had received $2.5 million in seed funding to expand its tournament platform, which lets players compete for cash and other rewards in daily tournaments. Some of that funding will be put into developing branded tournaments and expanding advertising verticals.

Other major esports fundraising announced this week included a round led by BITKRAFT Esports Ventures that brought in $17 million to create the Video Game Entertainment & News Network and $50 million in a Series C Funding round led by New Enterprise Associates for high school esports tournament software company PlayVS. Those ventures stand to significantly increase how many people are exposed to esports through broadcasting of games and allowing schools to set up esports programs that could compete for student attention with more traditional varsity sports.