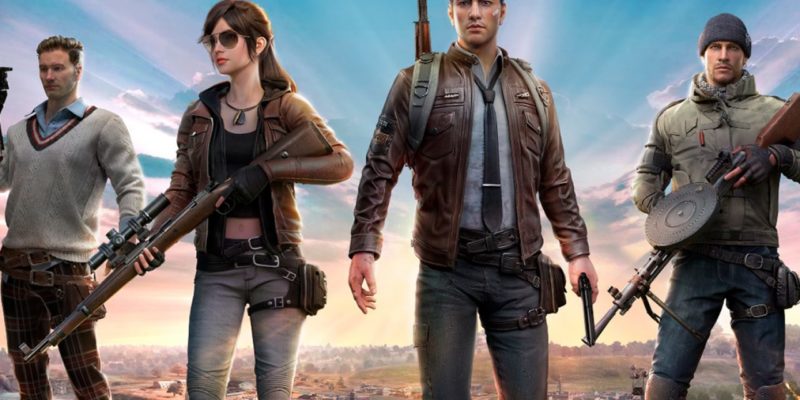 The Chinese version of PUBG Mobile is called Game For Peace.

PUBG Mobile is turning into one of the biggest turnaround stories of the year, according to findings by analytics firm Sensor Tower. After Tencent (OTCMKTS: TCEHY) re-released under the name “Game for Peace” in China, PUBG Mobile saw an incredible 540% year-on-year revenue increase. That makes it the first mobile battle royale game to surpass $1 billion in global revenue. This is an incredible turnaround for a game, given how Tencent pulled from the Chinese market in May because it was unable to monetize it.

Although the game is still based on Playerunknown’s Battlegrounds for PC and consoles, Game for Peace includes pro-Chinese military propaganda, which grants it a license to monetize by the Chinese government. This change allowed PUBG Mobile to become the world’s leading battle royale game in terms of revenue across both Apple iOS and Google Android.

According to Sensor Tower’s data, PUBG Mobile’s global monthly revenue for August 2018 was $25 million. Revenues then skyrocketed to $160 million in the space of a year. 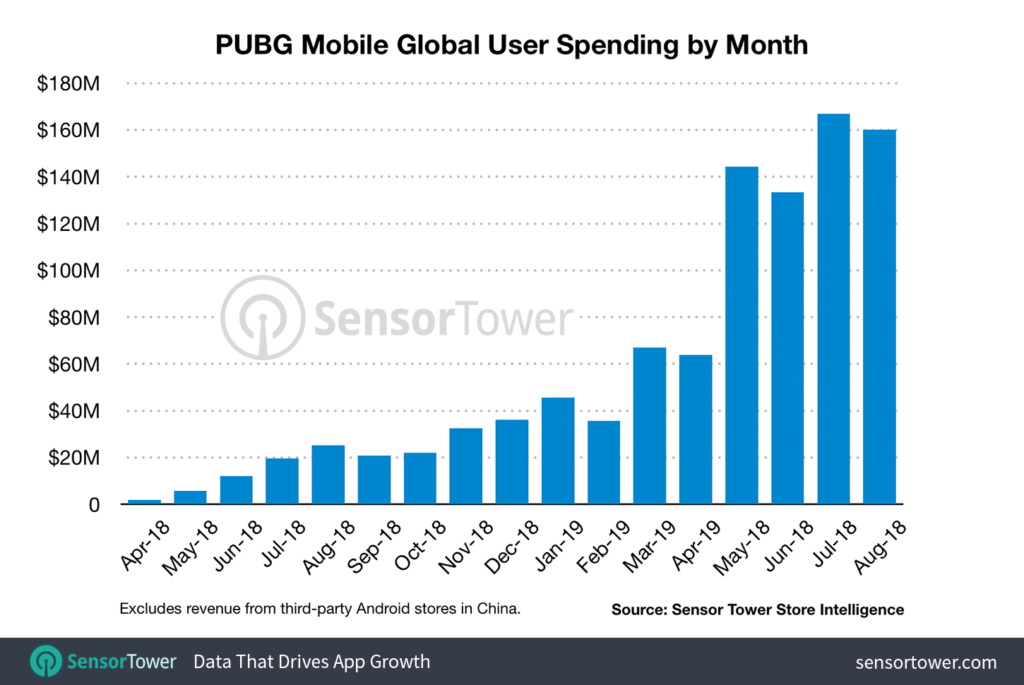 Although much of that increase can be attributed to China, that doesn’t mean that other parts of the world didn’t play a significant role. Player spending outside of China reached $63 million in August, representing a 152% increase from the previous year. The game also added 45 million new players in August – more than double the 21 million added in July – bringing the total number of installs for PUBG Mobile to over 400 million worldwide.

Sensor Tower noted that Tencent is continuing to aggressively push out content updates for the mobile game, and that it has entered a deal with Amazon (NASDAQ: AMZN) to offer in-game exclusives to Twitch Prime members.

As the fortunes of PUBG mobile rise, those of its closest rival Fortnite Mobile are declining. Monthly spending on Fortnite Mobile fell by 36% over the past year to $25 million. This figure doesn’t take China into consideration because the game isn’t available there yet. However, PUBG Mobile grossed about the same amount in the same time period on iOS outside of China, representing a 165% year-on-year growth.

Fortnite Mobile should not be confused with the main Fortnite battle royale game for PCs and consoles, which is still doing phenomenally well. In January, analyst SuperData released a report that showed how Fortnite was the most profitable game of 2018, pulling in an estimated $2.4 billion in revenue. In the report, SuperData said that it was “the most annual revenue of any game in history.”

In comparison, Playerunknown’s Battlegrounds – which is not free-to-play on PC and consoles – topped SuperData’s top-grossing premium game list for 2018 by pulling in over $1 billion in revenues.