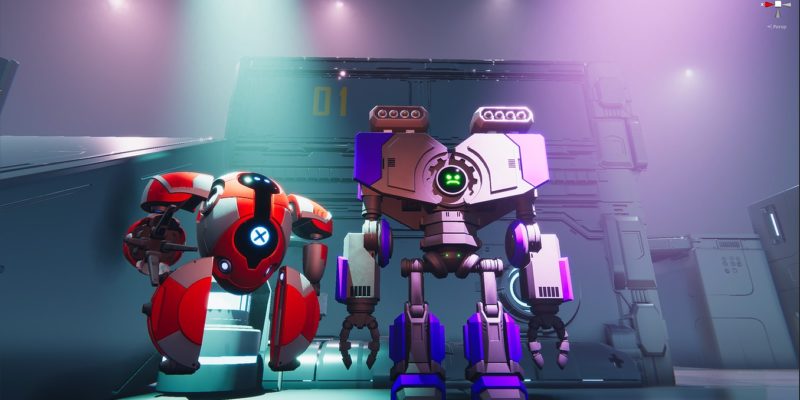 Las Vegas-based studio Utopos Games has received $1 million in a seed funding round led by the co-founder’s former employer, byFounders. Utopos CEO Jani Penttinen served as an entrepreneur in residence at the VC fund for just five months before launching the studio, which plans to release its first PC game in Q2 2020.

“Personally, I’ve always been a game maker at heart,” Penttinen told Gaming Street. “What really made me want to return to being a full-time game developer is when my kids found out that their dad had been a pro game maker, and they felt that is the coolest thing in the world. They all enrolled in coding classes so that they can also start making games. For me, that was a huge motivation, and we’ll probably do something together with the kids at some point in the future!”

Penttinen served as lead 3D engineer for Westwood Studios from 2000 and 2003, working on the Command & Conquer series, and Utopos is primarily comprised of former Westwood employees. The studio’s first game, Raivo, has players fight each other using teams of robots that they collect and train through a proprietary machine learning program dubbed UtopAI.

“The training is mostly based on reinforcement learning,” Penttinen said. “In a nutshell, you set up training courses and have your robots perform tasks. You give them feedback on how they are doing, which will make them want to do more of the stuff you like, and less of the stuff you don’t. Training is divided between various layers, so the goal is not to create a unified AI system that is as smart as people are, but instead a combination of different AI systems which perform primitive tasks. This allows rapid learning and also a rather tight context that works great for a game.”

The company will begin licensing UtopAI to other developer next year, though a free basic version will also be available for use in smaller projects. Penttinen said the game will also teach players the basics of machine learning.

Sisu Game Ventures and angel investors also participated in Utopos’ seed round, which will fund the game’s creation and initial marketing and playtesting efforts. Players can sign up on the studio’s website for the chance to try the game at the end of October. After the game releases on PC, Utopos plans to also develop console and mobile versions. The studio is already in talks with investors for a second fundraising round that will be focused on covering the game’s publishing costs.