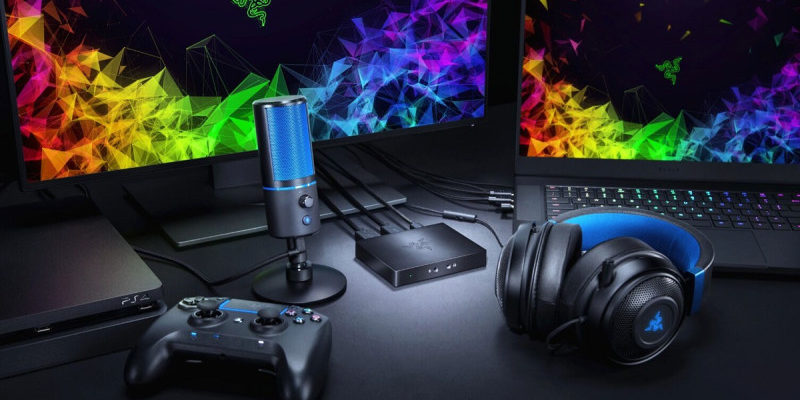 Gaming hardware and accessory maker Razer (OTCMKTS: RAZFF) reported that it had one of best first half revenues in its history. The company’s revenues grew 30.3% year-on-year (YoY) to $357.2 million during the period ending June 30, with growing success around its ecosystem of products and services.

Razer’s hardware business includes mice, keyboards, laptops, and even high-end mobile phones. It pulled in $303.7 million in first half of 2019, representing 26.2% growth YoY. Tan said that Razer Huntsman Elite gaming keyboard was the best-selling keyboard in the US so far. At the same time, the company’s software business, which it uses to maintain a direct connection to its user base, grew 40% YoY to 70 million users.

Razer monetizes its hardware/software platform through its services. Chief among these services is Razer Gold, a virtual currency that can be used to purchase partner products such as Dunkin’ Donuts coffee, in-game items for games, or Razer gear. It earned $35.7 million in revenue during the first half, representing an astounding 110.5% YoY growth.

Other growth drivers include cloud gaming, esports, fintech, mobile gaming, and THX, which Razer acquired in 2016. Of these, cloud gaming and esports top the list of priorities.

With esports, Razer currently sponsors 18 esports teams that play across PC, mobile, and console platforms. They continue to support the brand as the industry continues to grow worldwide.

Additionally, Razer sees cloud gaming, which includes services such as Google Stadia, as a prime point in the “gaming industrial revolution.” It expects the user base to reach about 125 million by 2022, unifying PC and console gaming systems into a single ecosystem, as all the graphics and processing are done by cloud computers.

To this end Razer announced a partnership with Chinese conglomerate Tencent (OTCMKTS: TCEHY) to define the standards for cloud gaming. With this deal, the two will work together to develop cloud gaming software and hardware standards as new services launch and the space grows.

Razer is developing products that will be compatible with Tencent Cloud gaming solutions. These include game controllers and other accessories that should launch by year’s end.

On the software side, the two companies will work together toward further enhancing user experiences and interactions for games. It also includes integrating the Razer Chroma RGB lighting software into cloud games. Meanwhile, Razer will provide support for Tencent Cloud services as it expands overseas.

Tencent and Razer have partnered on before, collaborating on mobile gaming and esports projects. In fact, Razer recently became a founding member of the Tencent Global eSports Arena-Tech Alliance.