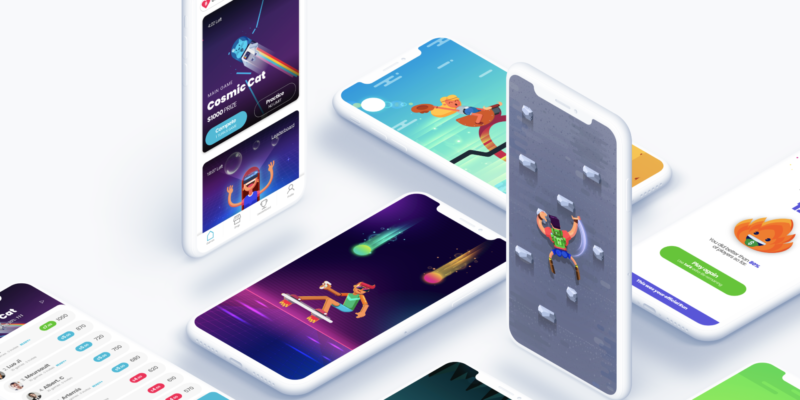 BITKRAFT Esports Ventures led Comcast Ventures and Eldridge Industries in a round of investing that will give $5 million to Ready, maker of the Ready Games app, to support its competitions for hyper-casual games — mobile games that emphasize ease of play.

Founded in 2016, Ready created the Ready Games mobile app for iOS and Android last summer and used it to run more than 130 tournaments for casual gamers over the past six months, awarding more than $140,000 in prizes. Ready players can try games as much as they want, but they get a single chance to play in each tournament. The top 20% of scorers split the prize money, which is typically $1,000. Extra lives in tournament games have been purchasable through the app since December and can also be earned by signing up for a $4.99/month subscription. The subscription service launched in March and has experienced 30% monthly growth since then. Ready also held its first invitational digital tournament last month.

Ready launches three new games each week, which are produced through Ready Maker, a proprietary platform meant to help people without coding experience develop and publish their own games. This has also made Ready one of the most prolific App Store developers.

In a statement, BITKRAFT Esports Ventures partner Scott Rupp said the investment will help Ready grow a global community focused on the 65% of women in the U.S. and Canada that play mobile games. This is also a dedicated group that’s willing to spend, with 51% of Ready players participating in more than one tournament, 24% still playing after six months, and 5% making an in-app purchase within the first 30 days. Players spend an average of 20 minutes on the app each day.

“With touch-enabled devices everywhere, games are no longer exclusive to ‘hardcore’ players,” Ready founder and CEO David S. Bennahum said in the statement. “There’s a huge, untapped market for casual games that can be enjoyed competitively by a diverse audience that does not identify as traditional gamers. With our new financing and leading gaming investors joining us, we now have the resources to make our vision of opening up esports to everyone, a reality.”