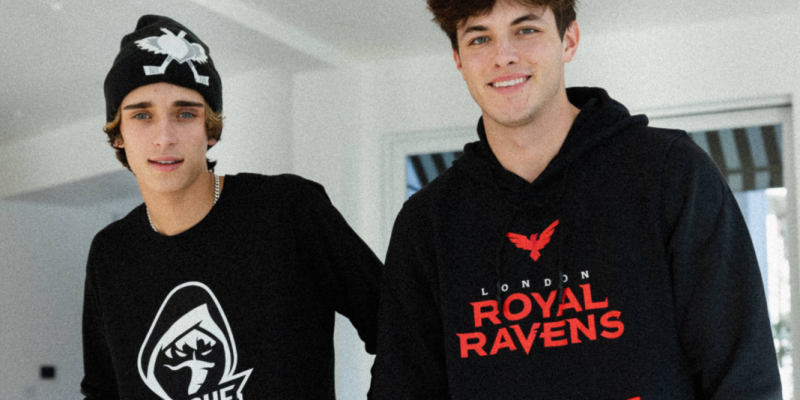 ReKTGlobal, a global Esports Conglomerate, and the parent company of the team organization Rogue and the Call of Duty League’s London Royal Ravens have a strong list of celebrity investors that feature Steve Aoki, Imagine Dragons, Nick Gross, Nicky Romero, Rudy Gobert, and now can add Griffin Johnson and Josh Richards to that list.

For those of you that do not know either Griffin or Josh, they are original members of Sway House or Sway LA, the collective of popular TikTok content creators, and have more than 50m combined social media followers. As a part of their ownership in the organization, they will work to develop content, merchandise, and activations across ReKTGlobal’s portfolio, which should only widen ReKTGlobal’s audience base.

Separate from Sway LA, Johnson is now the head of the Sway Gaming House, an independent initiative from the original Sway House, while Richards is a co-founder of TalentX Entertainment, a management company for content creators. Back in May, ReKTGlobal and TalentX announced a joint venture called TalentX Gaming that focuses on video game content creators and esports athletes.

“The fact that I can now say I own a part of London Royal Ravens and Team Rogue is unbelievably surreal,” said Johnson, in a release. “I am thankful to Dave and Amish [Shah, ReKTGlobal co-founder] for allowing me into the ReKTGlobal family with open arms. I can’t wait to get to work and help bridge the gap between traditional social media and esports.”

While CEO of ReKTGlobal, Dave Bialek had this to say on the matter: “Griffin and Josh have uniquely captured the attention of Generation Z and beyond, and their influence is undeniable. They are both incredible additions to the ReKTGlobal ownership team. They have strong business instincts, a unique talent for developing viral content, and an understanding of how to connect with younger audiences and casual gamers. They are natural born hustlers and have leveraged their TikTok fame to step into acting and music, becoming entrepreneurs and investors in the process. We couldn’t be more excited to welcome them to the ReKTGlobal family as we continue to bridge the gap between the world of esports, entertainment and pop culture.”