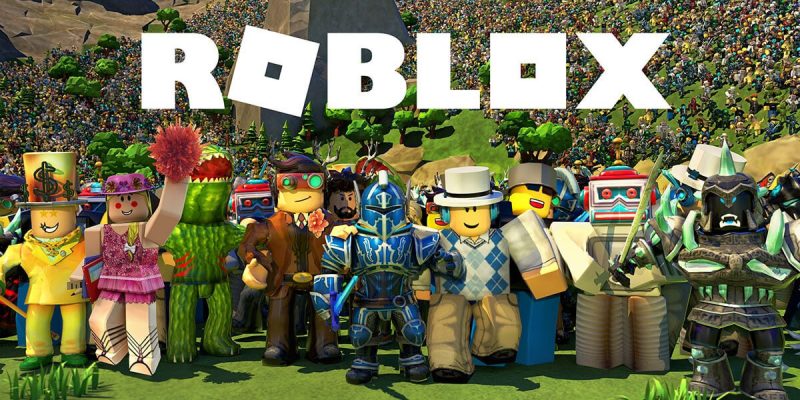 Back in October Roblox filed to go public with the SEC, and while we all patiently wait for its filing to be released on the NYSE under the symbol RBLX, lets recap why they decided this was the time to go public and why you should consider buying stock once they are officially public.

Roblox is not a traditional video game or web platform, as it is often referred to as a virtual Lego-like system. Using these Lego-like blocks within the platform, users can create their own games and worlds within the system, and are free to use by anyone around the world once they are created. The platform includes three elements: Roblox Client, an application that allows users to try out 3D digital universes; Roblox Studio, a tool kit that allows developers to build their own games; and Roblox Cloud, the infrastructure that hosts the platform. While the majority of the games within Roblox are free-to-play, there are almost endless in-game purchases using the platform’s currency; Robux. With this you can purchase accessories and clothes to your in-game character, gain access to paid games, and pay for different types of power-ups.

Roblox advertises that the majority of their audience is under the age of 13, which in all has a user base of over 36 million daily active users. Even more staggering is that 75% of 9-12 year olds in the U.S. play on the platform. With the pandemic essentially prohibiting all interaction for the first few months, kids needed somewhere to socialize and “hangout”, and Roblox became that place. In July alone, users logged 3 billion hours on the site, up by 100% from only a few months earlier. During that time, they also announced that there are over 150 million monthly active users (MAUs) on the platform, for comparison, Minecraft announced around 126 million around that same time.

As of 2018, there were more than 40 million different games on Roblox, with over 7 million creators. As mentioned above Roblox features the application “Roblox Studio” which allows individuals to develop games in a much simpler way compared to traditional coded games. These developers are part of a compensation based revenue sharing system, that was on pace to earn over US$250 million in 2020, an increase from US$110 million in 2019, which also featured 250 developers earn over US$100,000.

Of those 40 or so million different games on Roblox, there are titles that have over 10 million MAUs, with some even having been played over 1 billion times overall. Some of those include: Adopt Me!, which is focused around adopting and caring for pets, Jailbreak, a cops and robbers game, and Welcome to Bloxburg, a game based on The Sims.

Earlier in December, they even branched away from just games on the platform, as Roblox hosted a virtual concert with Lil Nas X that spanned 2 days with 4 different shows, totalling over 33 million views.

What makes Roblox a good buy?

For starters, Roblox was valued at around US$4 billion back in February, which was prior to the pandemic surge for the company. Since then, at the time of their filing, Roblox is estimated to have doubled their value, now reaching as high as US$8 billion.

In 2018, their revenue and cash flow were US$312.8 million and US$34.9 million respectively, and through just 3 quarters of 2020, those figures have jumped to US$588.7 million and US$292.6 million. Put differently, for every dollar of revenue generated, Roblox creates US$0.50 of cash. Yes those numbers skyrocketed even more due to the pandemic, but this isn’t a platform that kids aged 9-13 will typically join and then stop using, that demographic should keep Roblox self sustaining.

As previously mentioned, they have increased their daily active users (DAUs) to above 36 million now which is nearly 3x what it was in Q4 of 2018. Roblox has had significant and constant growth each quarter, with a larger spike over the latest two quarters, and although the pandemic will eventually end, the demographic they target continues to grow, along with their interest in the platform. In his article, Jim Halley discusses the different revenue streams that Roblox has at their disposal. Players can outfit their avatars with clothing, accessories, and “emotes”, which are in-game purchased emoticons designed to express a players’ emotions. Users who earn Robux by selling games or game items can trade their Robux for actual money, but the company takes a commission on every Robux transaction, and with 36 million users daily, that adds up. The company said it also makes a small amount of money from advertising, licenses, and royalties.

Lastly, Roblox has a way into the largest gaming market in the world; China. Although they have yet to launch there, they have a partnership deal with Tencent  in which Roblox holds a 51% controlling stake. Sometime in the near future, Tencent plans to launch a Chinese model of Roblox which will only continue their growth across all categories.

Why should you be cautious?

Although the growth has been impressive, especially over the last 9 months, it came at a cost as Roblox lost just over US$200 million in the first 3 quarters of 2020 compared to just US$46 million in that period a year ago.

With this rise comes a lot of questions of sustainability, especially in the long-term when your main competitors feature the likes of Sony , Microsoft , Disney , and Alphabet . Can they keep up this user rate post pandemic? How much will their revenue decrease once life goes back to normal? Will they be able to keep up with their big name competitors?

At the beginning of the pandemic in March, new users jumped up 40%, and hours spent online through 3 quarters grew 122%. That trend will surely slow as we move forward, and Roblox acknowledged it. The slow down seems to have begun, as mobile player spending has decreased from US$113 million in May to US$94 million in September as kids started going back to in-person class. It won’t be a sudden decrease, and they will still be a very successful and popular entity, but the key to sustaining their growth will hinge on whether or not they can turn this user growth into long-term profitability, which will also allow them to remain competitive in the cloud-based gaming landscape while spending less than their competitors that have deeper pockets.