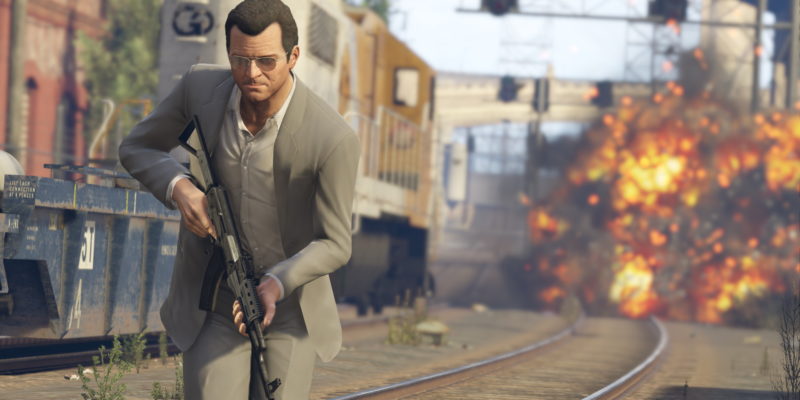 An independent report alleges that Edinburgh-based Rockstar North has paid no corporation tax in the UK since 2009. The report further claims that the company has claimed £42 million ($51 million USD) in tax credits.

The report was published by Tax Watch UK, an investigative think tank with the stated purpose of “[providing] the unbiased and independent information necessary to allow the public to hold the government and major tax payers to account.” Tax Watch UK’s analysis was based on publicly available and previously reported information.

Rockstar North developed Grand Theft Auto V, which was published by Rockstar’s parent company, Take-Two Interactive (NASDAQ: TTWO), in 2013. Grand Theft Auto V went on to become one of the highest-selling and most popular cultural works of all time, generating $800 million in revenue for Rockstar North within 24 hours of its release, and making $3 billion in sales within one year. As part of its fourth quarter earnings report for the fiscal year 2019, Take-Two announced that the six-year-old game had sold 110 million copies and was still selling.

Based on Take-Two’s public fiscal information and reports by market analysts, Tax Watch UK estimates Rockstar North’s operating profit from 2013-2018 to be £4.1 billion ($5 billion USD). However, the combined profits of seven UK-based companies that use the Rockstar and Take-Two names during that period were only £47.3 million ($57.5 million USD).

According to Take-Two’s annual reports, the vast majority of these profits are leaving the UK and being reported by the parent company’s American branches, and being distributed across a small number of high-level Take-Two employees. These employees, called the “Principals,” allegedly received internal royalty payments equal to about $2.5 billion, or about 50 percent of the company’s profits from 2013-2018. During that period, Rockstar North, the studio that actually developed Grand Theft Auto V, was paid a stipend by Take-Two that represented a modest 6.5 percent profit on their reported £170 million ($207 million USD).

Rockstar North’s modest reported profits entitled the company to significant tax credits under the UK’s Video Games Tax Relief plan. The Video Games Tax Relief Plan is intended to subsidize the development of video games developed by small to medium-size studios that are deemed “culturally British.” Video games can receive this designation by meeting at least 16 of 31 criteria, including having British characters or settings, or being developed primarily in the UK. Grand Theft Auto V is set primarily in San Andreas, a fictionalized version of California, and features no British cast members.

According to Tax Watch UK’s analysis, Rockstar North received £42 million ($51 million USD) in tax credits through this program over the last three years, despite its flagship product generating billions of pounds’ worth of profit for its parent company. Tax Watch UK estimates that tax credits allotted to Rockstar North add up to almost one-fifth of the £227 million ($276 million USD) budget of the entire program since its introduction in 2014.

Tax Watch UK concludes that the situation is “absurd,” and recommends that the UK parliament urgently reevaluate its Video Game Tax Relief initiative.