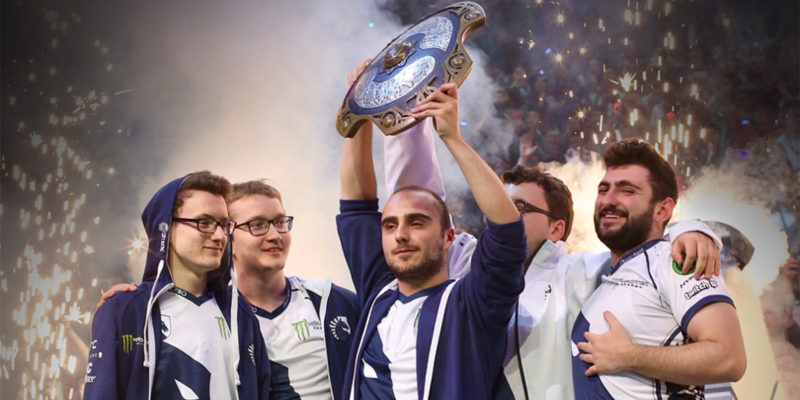 Team Liquid announced today that its Dota 2 team is leaving to form its own organization.

The now ex-Liquid Dota 2 team is led by German-born Kuro “KuroKy” Salehi Takhasomi, and consists of five players. Details about the team’s new organization were not revealed.

Takhasomi led the Netherlands-based Team Liquid’s Dota 2 team to victory at The International, the Dota 2 world championship, in 2017. The team placed fourth in 2018, and second at the 2019 event in August. The International 2019 had a prize pool of $30 million, the largest prize pool in esports history. Both the 2018 and 2019 International tournaments were won by pan-European team OG.

According to Esports Earnings, Team Liquid’s Dota 2 team has earned $22.46 million USD in prize money since its formation in 2012, which represents roughly two-thirds of the organization’s total earnings.

After four years under the Team Liquid organization, our Dota team has decided to pursue this new dream: to build a team of their own. While it fills me with great sadness to part ways with the best Dota roster we ever could have dreamed of, I am proud of the unforgettable years we have spent together, which include innumerable championships, records, and memories.

Takhasomi addresses the news in a video posted on the Team Liquid website, where he said:

We are about to start our own project. It comes with a lot of uncertainty, but we are very ambitious people and it’s been one of my passions that I’ve had to set aside the past years, due to a lot of circumstances. I hope to continue something now that I planned many, many years ago. I hope you guys will continue following us and the Team Liquid organization. We will give you guys updates as soon as possible.

Team Liquid intends to remain a presence in competitive Dota 2. Goossens has confirmed that the organization is actively recruiting players to form a new team for future events.