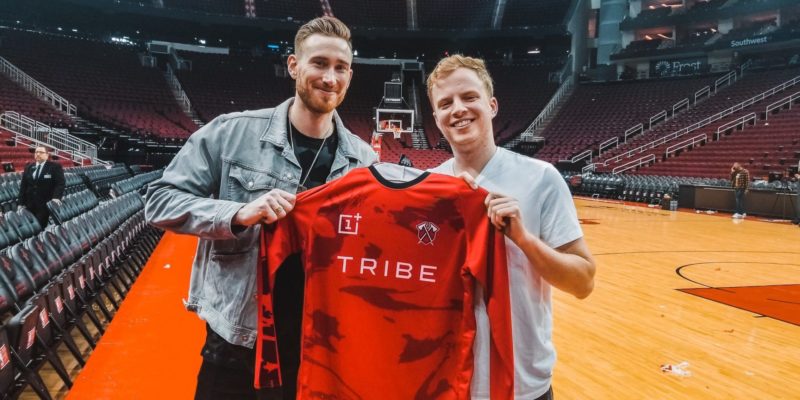 Tribe Gaming announced that it has raised $1.04 million to expand in the mobile esports scene. Participants in its first round of investment include Gordon Hayward of the NBA’s Boston Celtics, Claudio Castagnoli (Cesaro) of the WWE, along with CEO of Super Evil Megacorp Kristian Segerstrale and angel investor Victor Krahn.

Gordon Hayward, NBA player for the Boston Celtics, commented in a release:

I’ve been an NBA All-Star and made it to the NCAA championship, but I still get a rush when I’m taking down my enemy’s towers in a game of Clash. Tribe is about celebrating mobile gaming, whether it’s by cheering your team on the sidelines or watching your favorite streamers on your couch. I’ve been a mobile gaming fan for a long time, and I can’t wait to help bring those experiences to more people around the world.

Tribe Gaming will use this funding to further its hometown expansion, with the establishment of a brand new headquarters and content creator lab. With the addition of athletes like Gordon Hayward and Cesaro, the mobile esports organization hopes to leverage their fanbase and experience in the entertainment space to create content together. The other investors will also serve as strategic advisors.

Just a few years ago, mobile games were dismissed as simple puzzles and time-wasters – now mobile has grown into its own ecosystem of complex games and world-class competition, with an extremely passionate fanbase at its core. We started Tribe to help mobile gaming grow into the best it can be, and I’m grateful for the confidence our new investors have placed in our vision to help it reach the next level.

Tribe Gaming was founded in 2017 by veterans in the mobile gaming space, Patrick “Chief Pat” Carney and Jonathan “DonJon” Sakoucky. Since then, the organization has accumulated over 15 million subscribers and 67 million monthly views on YouTube, with teams in titles like Call of Duty: Mobile, PUBG Mobile, Clash Royale, Clash of Clans, and Brawl Stars.