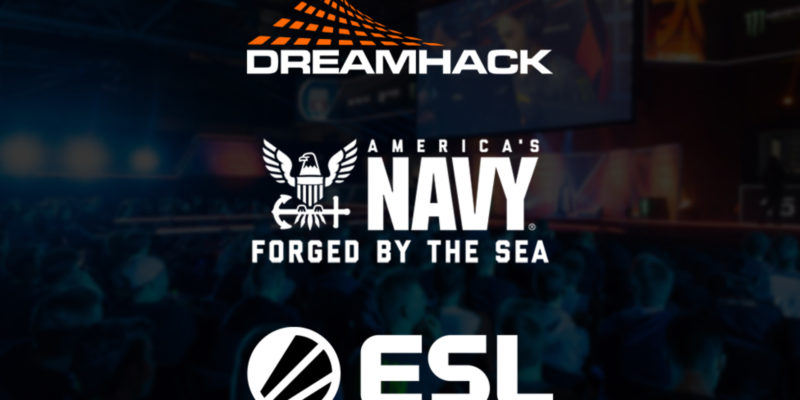 The U.S. Navy has announced an agreement with MTG (the ownership group of ESL and DreamHack) to become the official festival partner at DreamHack events taking place in Anaheim and Dallas.

“ESL and DreamHack are constantly looking to engage with fans in new ways, and our partnership with U.S. Navy will allow us to highlight these unique experiences across our media channels to reach viewers,” said Paul Brewer, Senior Vice President of Brand Partnerships, ESL. “Our hope is to expose North American esports fans to the Navy’s offerings and to develop shared experiences that help to support our U.S. Armed Forces.”

DreamHack as a recruitment channel

DreamHack will feature the U.S. Navy on its broadcasts and produce branded content that focuses on Armed Forces’ activations at events. For example, they plan to host a LAN area at the event where fans can play against Naval officers and veterans. In order to help things run smoothly, Naval IT/Engineers will be onsite to assist with set-up and take-down. Brendan McLane, Commander of U.S. Navy Recruiting Command said regarding the deal:

The Navy is excited to partner with DreamHack and ESL as we enter the esports space. Like the Navy, esports requires a variety of skills and roles and a strong commitment to continual improvement. Our partnership will help align the U.S. Navy’s passion for competition with esports fans both onsite at DreamHack North American events and through unique online content on ESL channels.

This is in line with previous reports that the U.S. Navy would be allocating more of their advertising budget into esports. Overall, the U.S. military seems to be increasingly bullish on esports as a recruitment channel and brand activation opportunity. For instance, the U.S. Army has worked with esports organization Complexity Gaming in the past.

DreamHack Anaheim and Dallas take place on February 21st-23rd and May 22nd-24th respectively.