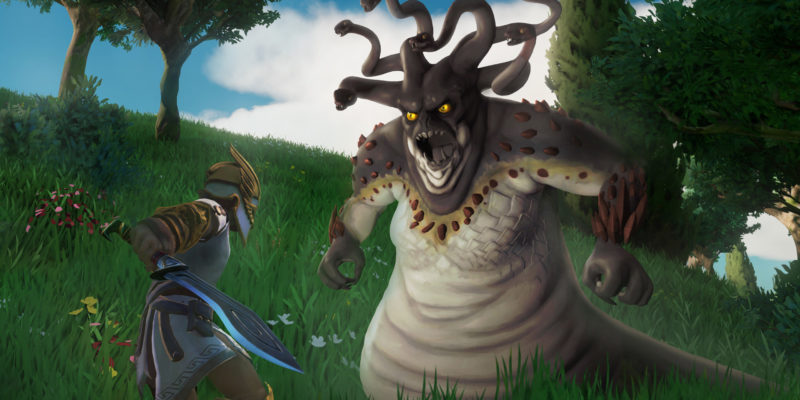 As the next generation of gaming technology approaches, Ubisoft EMEA director Alain Corre told MCV that his company is working to balance supporting its existing hit series with developing new properties and genres.

“We cherish our fans that are following our brands like Assassin’s Creed or Ghost Recon going forward, but we feel that it’s also a good moment now to go onto investing in new IPs,” Corre said to MCV. “There are lots of new technologies appearing; PC is still developing fast, there are new consoles coming next year, the streaming technology is there, cross-play is also something that will excite players, so we feel it’s the right time to create new genres, and new IPs for us. After all, if the sun can shine on these ones, we’ll have them for a long time to come.”

The most anticipated of these new titles is Gods & Monsters, an adventure game by the creators of Assassin’s Creed Odyssey that also uses Greek mythology as a source of inspiration. The game will be released on February 25, 2020 on all major consoles along with Google Stadia, the Epic Games Store, and Ubisoft’s Uplay+ subscription service. Corre told MCV that if fan response is positive, he imagines the game could grow into a new franchise.

He also acknowledged that doesn’t always happen. Ubisoft released Starlink: Battle for Atlas, an original toy-enabled game in the style of Skylanders and Disney Infinity, in October 2018 but announced in April that it was ceasing production of new toys due to low sales. That month also saw the release of Crimson Moon, the last digital update for the game. Both Starlink and Gods & Monsters are geared towards younger gamers, and Ubisoft has also shown it’s looking to expand its audience beyond players of shooters and action games with this week’s announcement that will release a new version of the classic strategy franchise The Settlers next year.