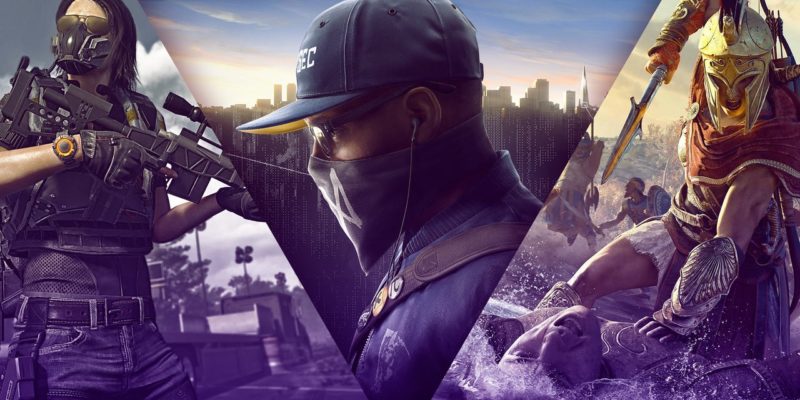 French publisher Ubisoft had a strong first quarter despite not having any major game releases this spring. The company released its financial results on Wednesday, reporting net bookings of $352.83 million for Q1 in the 2019-2020 fiscal year.

While that’s still a 17.6% dip from the same period last year, the number exceeds Ubisoft’s projection of $303.19 million. Last year featured the release of Far Cry 5 in the spring, which helped significantly boost profits. Although the spin-off title Far Cry New Dawn released during Q1 2019-2020, it doesn’t count as a major release and didn’t bring in the same level of profits.

The company also launched the online game The Division 2 in March, which is credited as “the industry’s biggest hit since the beginning of the year,” but little else was said about it.

However, the publisher was lifted by a strong back-catalog, which includes games such as Assassin’s Creed: Odyssey. The game released last fall to stellar reviews, with daily engagement and sales outperforming its predecessor, Assassin’s Creed: Origins at the same point in their lives. Additionally, the competitive online game Rainbow Six: Siege continues to release new content and it saw better engagement this quarter than at the same time last year.

In a statement, Ubisoft CEO Yves Guillemot commented on the company’s Q1 earnings and what’s to come.

“Our first-quarter net bookings came in well above target, thanks to the very robust performance of our games ‒ notably Rainbow: Six Siege and Assassin’s Creed: Odyssey ‒ and a very strong increase in player recurring investment for PCs and consoles, led by record-high engagement levels per player. As well as this very good start to the fiscal year, the positive reception for our games at E3 has confirmed our full-year expectations. Ghost Recon: Breakpoint was highly visible among content creators and earned a record-high sentiment score out of all E3 games. Watch Dogs: Legion made a huge impression thanks to its innovative gameplay, putting the franchise back in the spotlight. Our games line-up for fiscal 2019-20 – which also includes Rainbow Six Quarantine and Gods & Monsters – is one of our strongest in the last five years.

In the coming years, Ubisoft is ideally positioned to seize the many value creation opportunities that lie ahead and therefore to generate strong revenue growth and further increase its profitability.”

The game publisher announced that its game subscription service Uplay+ will launch in September, which could bring in a significant boost in revenue. Prominent fall 2019 releases include Ghost Recon: Breakpoint, while other major releases such as Watch Dogs: Legion will launch in 2020. There won’t be a new Assassin’s Creed game this year, but there could be one next year.

Ubisoft stated that its projected net bookings for Q2 will be around $348.11 million.