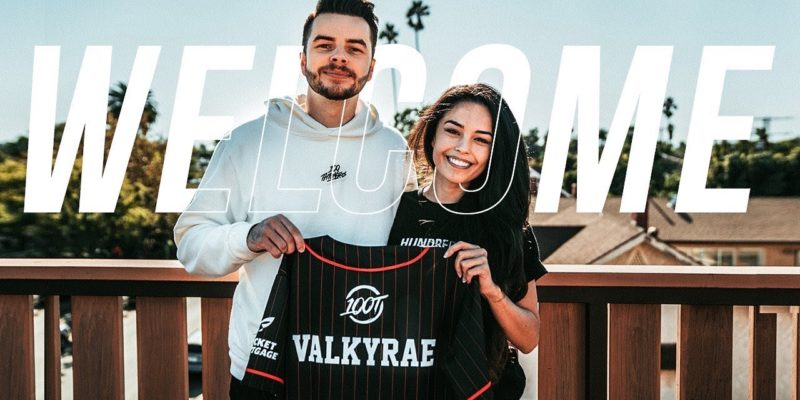 100 Thieves content creator Rachel “Valkyrae” Hofsetter announced that she has signed an exclusive multi-year streaming deal with YouTube. The 28-year-old will receive a significant amount, but less than the $1 million per year that other major streamers have received in their own deals, according to esports consultant Rod “Slasher” Breslau.

I'm so happy to announce that I have signed with YouTube!https://t.co/rwCNthmYV2 pic.twitter.com/DFAZS1hfX7

The streaming deal was facilitated by United Talent Agency, which represents others in the space like Imane “Pokimane” Anys and Jeremy “Disguised Toast” Wang. Similar to recent deals negotiated by marketing management agency Loaded, content platforms YouTube, Twitch, Mixer, and Facebook competed for the signing.

In December of 2019, YouTube held 27.9% of platform market share for hours watched, according to a report by streaming analytics company Arsenal and StreamElements. Twitch was still dominant with 61%, with non-gaming content as a major driver for viewership and representing 11% in hours watched.

Facebook Gaming saw the biggest increase of the four, with growth from 3.1% to 8.5%. Despite its earliest acquisitions of Michael “Shroud” Grzesiek and Tyler “Ninja” Blevins, Mixer remains last with 2.6%.

Both Twitch and YouTube saw a decline in platform market share from 22% to 21% and 75% to 73%, respectively, in terms of 2019’s overall hours watched compared to 2018. Facebook Gaming and Mixer grew from 1% to 3%, but also featured significantly more signings.