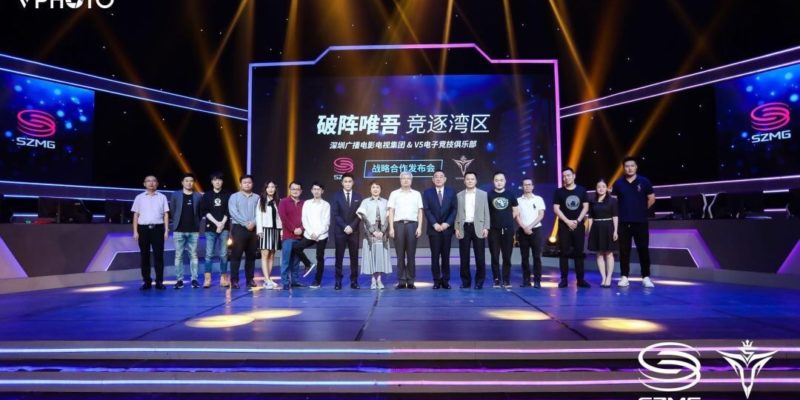 Chinese esports organization Victory Five Esports Club (V5 Club) and the Shenzhen Radio, Film, and Television Group have signed a strategic partnership to bring esports clubs and events to the Shenzhen area. It was also later revealed by the founder of V5 Club and president of the Macau Esports Association Mario Ho Yau-kwan, that V5’s parent company Shenzhen Weiwu Esports Technology had raised ¥100 million ($14.1M) in its Series A round. 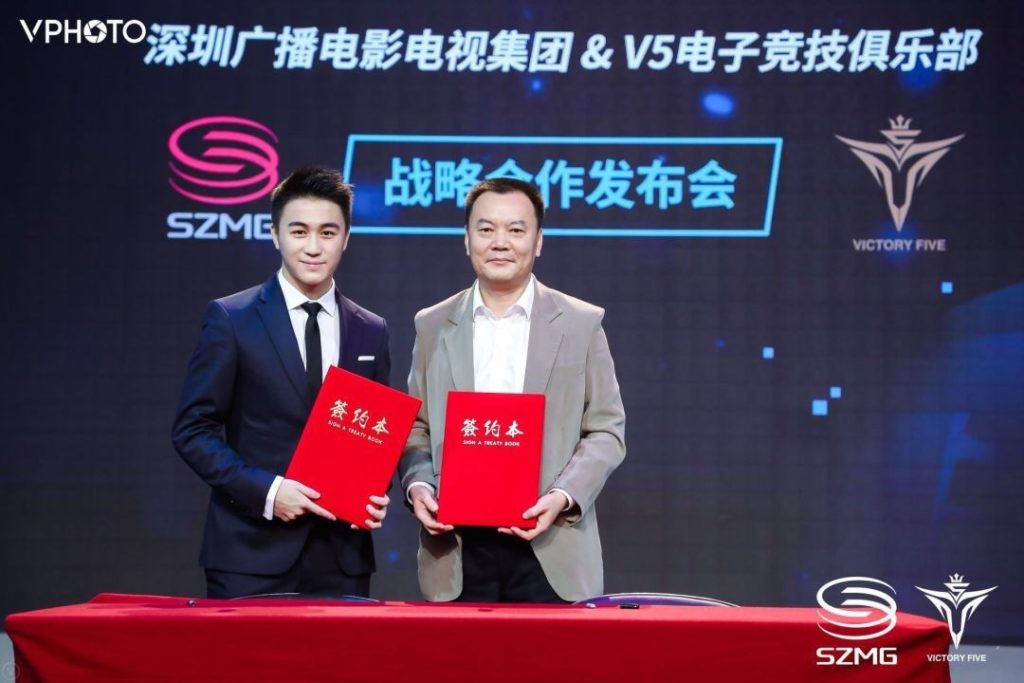 During the conference, the Chairmans of the two partnership parties first delivered speeches. The Chairman of Shenzhen Weiwu Esports Technology then announced it had raised ¥100 million ($14.1 million) in its Series A funding round. However, no individual investors were disclosed. The V5 Esports Club League of Legends team then participated in an esports exhibition match on the center stage. Victory Five is most well known for its League of Legends team in China’s franchised LPL league. It also has teams in Playerunknown’s Battlegrounds and Peacekeeper Elite.

The strategic partnership between the two groups will develop esports in the Shenzhen region, with the first step most likely being V5 Esports Club’s home venue. Specific details have not been disclosed. By utilizing Shenzhen’s community, the two hope that it can drive local economic growth and further promote the scale of the esports industry. One great example of a flourishing esports city in China is Shanghai.

Shanghai is considered one of the biggest esports industry cities, with its recent set of standards for construction of esports venues issued by the Shanghai government. President of NetEase’s gaming sector Ding Yingfeng also announced at August’s Global Esports Conference that it would invest ¥5 billion ($710 million) into an esports park. Shanghai also recently hosted Dota 2’s The International 2019 event which had a $34.3 million prize pool.