Video games are seeing a big surge in usage during the COVID-19 coronavirus pandemic as consumers stay at home. That’s raised interest in video game stocks, including esports stocks. For investors, the growing video market is split into three main sectors; stocks of gaming publishers, stocks of esports companies and the stocks of tech firms have certain exposure to the industry.

The first includes, U.S. publishers such as Activision Blizzard (NASDAQ:ATVI), Electronic Arts (NASDAQ:EA), and Take-Two Interactive (NASDAQ:TTWO), along with Japan’s Nintendo (OTCMKTS:NTDOY) and China’s NetEase.  There are not many Esports focused stocks but you could include some of the publishers above such as Activision as well as Enthusiast Gaming (OTCMKTS:ENGMF) whose Luminosity Gaming esports org is one of the largest in the world and Allied Esports Entertainment (NASDAQ:AESE).  While the third group includes Apple (NASDAQ:AAPL), Microsoft (NASDAQ:MSFT), and Google parent company Alphabet (NASDAQ:GOOGL).

Changes in the Video Game Industry

Research firm Newzoo recently released sales and revenue numbers for the industry as a whole from 2019, and included estimates and projections for what 2020 can bring for the growing industry. The 2019 numbers are as follows:

With gaming on a rise globally, Newzoo estimates that the market will generate $159.3 billion in revenue in 2020. This estimate is largely due to the shift towards cloud-based streaming, and on the business side esports and subscriptions becoming a more prevalent part of the sales mix.

According to the Investor’s Business Daily’s Stock Checkup, three video game stocks are tied for first place. NetEase, SciPlay (SCPL) and Take-Two (NASDAQ:TTWO) each have an IBD composite rating of 97. That means they have outperformed 97% of stocks in key technical and fundamental metrics over the past 12 months. The best growth stocks have a Composite Rating of 90 or better.

IBD’s video game stocks group only lists companies that are traded in the U.S. So, it doesn’t include some major players like France-based Ubisoft, Japan’s Square Enix, and Enthusiast Gaming (OTCMKTS:ENGMF), the Canadian company that specializes in various different sectors throughout the gaming industry.

Even though there has been a large growth over the recent months throughout the industry, there is still reasons for optimism going through 2020 in terms of console releases. The segment splits in 2019 in the market in terms of revenue were smartphone games at 37%, console games at 30%, and PC games at 24%.

The largest upcoming console releases were set to be a main focus of this year’s E3 conference which unfortunately was cancelled due to the COVID-19 pandemic. Both Microsoft and Sony will instead be holding online events to further promote the Xbox Series X and PlayStation 5 respectively.

Throughout these last few years esports have been a growing part of the industry totalling up to $1.1 billion last year, with 26.7% growth year over year. Revenue came from a combination of sponsorships, media rights, advertising, game publisher fees, merchandise and ticket sales.

With numerous companies stealing the headlines, along with so many others that are publicly traded worldwide, potential investors may not know or have the capabilities to know which to buy into. That is where ETFs come into play, and luckily starting in 2016 with Wedbush ETFMG Video Game Tech ETF , there have been several other ETFs for the gaming industry.

Which to Buy Right Now

Overall, the gaming industry is one that has gained immense traction worldwide in terms of audience and engagement, but also in terms of potential investors. Throughout the COVID-19 pandemic, the market for several industries have been very volatile and overall difficult to predict, unlike the gaming market which has really taken off throughout the lockdown period, with a number of stocks that are a good buy right now. Those feature Nintendo (OTCMKTS:NTDOY), Take-Two Interactive (NASDAQ:TTWO), and Electronic Arts Inc (NASDAQ:EA).

Is Enthusiast Gaming [OTC:ENGMF] Set to Become the Most Valuable Esports Company (but Still the Industry’s Best Kept Secret?) 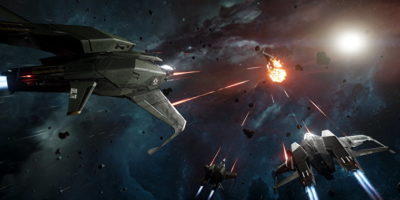