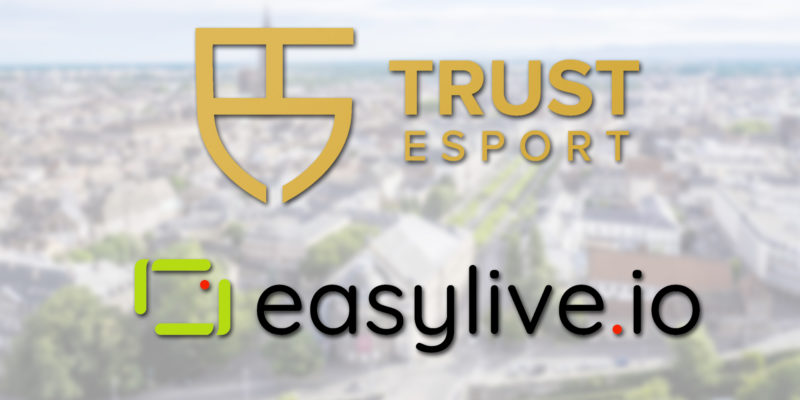 Easylive.io provides a suite of cloud-based video production services, and specializes in live streaming tools and infrastructure. Since launching in the United States in 2017, the platform has accumulated several high-profile clients, including the Los Angeles Rams, Twitch.tv, Rocket League studio Psyonix, and
news outlets Brut and Vox Media.

Easylive.io intends to use the investment to increase its workforce by 40% by the end of the year, and to increase the rate of hiring for its marketing and digital departments throughout 2020.

In a statement, Dallon said of the investment:

The strength of easylive.io lies in its robust, reliable, cloud infrastructure and its ability to work closely with customers. The company has continued to grow strongly in 2019 and is aiming to become number one in sport and esports through a range of exclusive functions specific to these markets. By taking a stake in easylive.io, Trust Esport is seeking to finance both innovation and market acceleration in the entertainment industries.

France is not typically considered a world capital of live streaming or esports, but with stronger native infrastructure like easylive.io, that could change. French is an official language in 29 countries, including Belgium, Canada, and Switzerland. More robust tools for French streamers and esports stars could result in French players having much greater international impact.

The top-performing French live streamers already have considerable followings. Corentin “Gotaga” Houssein, once a professional Call of Duty player, now has the most popular French-language Twitch channel with 1.85 million followers. According to Twitch Metrics, Houssein is the 23rd most-watched streamer on the platform, and is the single most popular streamer of Apex Legends.

French esports athletes have been performing well internationally in the last several years as well. Sébastian “Ceb” Debs helped bring pan-European team OG to victory in Dota 2 world championship The International in both 2018 and 2019. The two victories earned him a combined total of over $5 million. He is currently ranked fourth in the world.

Clément “Skite” Danglot and Nathan “Nayte” Berquignol of LeStream Esport won 7th and 8th place, respectively, in the recent Fortnite World Cup solo tournament, winning a combined total of $900,000. Danglot also placed 10th in the duo tournament along with teammate Pierre “Vato” Mesey, which earned the pair an additional $112,500 each.

Team Vitality’s Mathieu “ZywOo“ Herbaut is considered by some to be the best Counter-Strike: Global Offensive player in the world.