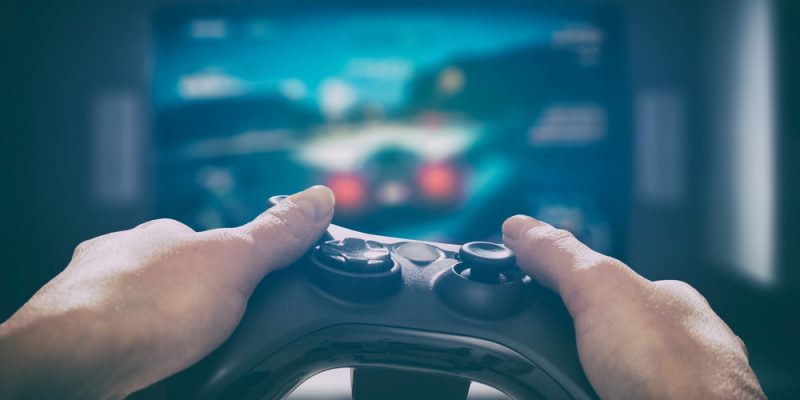 As 2020 comes to an end in the next few weeks, the gaming industry continues to be on the rise globally, with Newzoo expecting the number of gamers worldwide to reach 2.7 billion this year and to top 3 billion by 2023, and the market is estimated to reach a mark of US$159.3 billion; a 5.3% and 9.3% year-over-year growth respectively. The key drivers of the significant market increase are the COVID-19 pandemic which saw increased lockdown measures cause a higher interest in gaming, and the release of the new Xbox and PlayStation consoles, which will also be the main cog in the console segment growth as gaming has continued to shift towards the gaming-as-a-service (GaaS) model.

With that in mind, here are three video game stocks to watch out for heading into 2021 as outlined by Nicholas Rossolillo, Anders Bylund, and Billy Duberstein of the Motley Fool:

Nicholas Rossolillo [Corsair Gaming ]: Most in-the-know gaming enthusiasts will know this company as a hardware accessory and peripherals maker — everything from PC components to headsets to lighting. The company completed its IPO in September 2020 and is up nearly 150% since its public debut. It’s gotten a boost this year as social distancing and remote work have created some extra time at home for gamers, and a new upgrade cycle hastened by new NVIDIA graphics cards and consoles could keep Corsair flying high in 2021.

Maybe you scoff at the idea of someone playing a video game being called an athlete, but once upon a time many felt the same about people getting paid to throw a ball around. Like it or not, the esports movement is picking up steam. Granted, Corsair is a hardware company, and the sale of equipment can be a cyclical business model. Eventually, the console upgrade cycle will slow down and so too will Corsair’s 49% revenue increase through the first nine months of 2020.

However, the reason I’ll be keeping an eye on this video game stock next year is the bottom line. As it grows, Corsair is getting more efficient. Through the first three quarters of the year, free cash flow (revenue less cash operating and capital expenses) was $95.3 million compared to negative $5.87 million the same period last year. This advancing bottom line could continue in the new year and beyond as gaming becomes an increasingly important part of the entertainment industry.

Corsair is also building out a more durable business to complement its game-accessories business. Game-streaming equipment is its highest growth segment, and it’s complemented it with two recent acquisitions. One is an app that turns an iPhone or iPad into a webcam; the other is the world’s largest esports coaching platform, Gamer Sensei. I’m intrigued. If you think video games and esports will continue to grow in popularity, Corsair Gaming is worth sticking on your 2021 watchlist.

Nintendo marches to the beat of a different drum

Anders Bylund [Nintendo ]: The holidays are here and everybody wants a new PlayStation 5 (PS5) or Xbox Series X. The multi-year, console-refresh cycle strikes again. But Nintendo is missing from the guest list of this year’s console party, so why am I recommending a company that seems to be out of step with the rest of the industry?

The Japanese video gaming giant doesn’t like to play by the same rules as everyone else. The Nintendo Switch was released in 2016, three years after the Xbox One and the PS4. Nintendo’s semi-portable console has been the best-selling system on the market for 23 straight months. In November 2020, the company sold a record 1.35 million units. That impressive result was achieved in the face of both Microsoft and Sony pushing out new consoles in the first half of that month.

The existing Switch and Switch Lite systems are holding their own against fresh competition. Nintendo also released some of the biggest hits in recent months, including Animal Crossing: New Horizons in the spring of 2020 .

Rumour has it that Nintendo is putting together a new console for the holidays of 2021, adding features such as 4K graphics and a beefier central processor to the basic Switch design. That’s a good idea even if Nintendo really doesn’t have to upgrade its hardware anytime soon.

The Switch lineup stands apart from the Xbox and PlayStation products by offering a radically different gaming experience. Sony and Microsoft’s latest consoles weigh roughly 10 pounds each. You would need a backpack plus a portable electric generator in order to play them on the go. Oh, and don’t forget about their need for a TV screen. The complete Switch system weighs in below one pound, and includes two controller pads and an integrated screen. These design choices allow game developers to come up with refreshingly new ways to play, compete, and collaborate while using Switch systems. It’s a lot like the focus on motion-capture controllers for the grand old Nintendo Wii, which shattered sales records back in the day.

This company is an innovative cash machine, poised to continue winning in 2021 and beyond — with or without a new Switch model. At the same time, Nintendo’s stock is trading at bargain-bin valuation ratios of 4.3 times trailing sales and 17 times earnings. The stock also offers a generous dividend yield of 2.7%. Nintendo is a great buy for value and growth investors alike.

Billy Duberstein [Microsoft ]: One of the two big new consoles hitting the market this fall is the Xbox, made by Microsoft. Microsoft actually released two new versions of the Xbox in November — the high-end X model and the lower-priced, digital-only S version without a disc drive.

The recent launch appears to have been a success. Management called it the most successful Xbox launch ever. The S model was highlighted as having brought in the largest number of new Xbox users, likely due to its lower price point. Management also said nearly 3,600 games were played during the launch, a record for any Xbox launch. Additionally, over 70% of new consoles were attached to new Xbox Game Pass members.

Speaking of Game Pass, Microsoft’s “Netflix (NASDAQ:NFLX) of gaming,” was first launched in 2017. Since then, Microsoft has added a bunch of new features to the game’s “Ultimate” tier that goes for $14.99 per month. With Ultimate, gamers can access EA Pass from Electronic Arts , much like Netflix licenses shows from other studios.

Recurring-revenue subscription businesses are the holy grail for tech and entertainment companies these days, as they tend to be favoured by investors over one-off console and individual game purchases. It looks as though Microsoft is leveraging its consoles and cloud business to create a more engaged community of gamers and subscribers, which could give it an advantage over the equally hyped new PlayStation 5.

Also like Netflix, Microsoft has been spending big on owned content, purchasing a number of video game studios since the last Xbox in 2013. That trend started with the $2.5 billion acquisition of Minecraft in 2014 and most recently culminated with the $7.5 billion acquisition, in September, of Bethesda Studios, the studio behind beloved titles The Elder Scrolls, Fallout, and Doom.

Of course, the Xbox segment is only one of several business lines at Microsoft. Last quarter, gaming accounted for about 8.2% of revenue. However, that was the last quarter of the older Xbox console cycle. With the new console appearing to be a success and Bethesda Studios now under Microsoft’s wing, a growing Xbox segment could be material enough to help Microsoft maintain its impressive mid-teens revenue growth rate into 2021 and beyond.