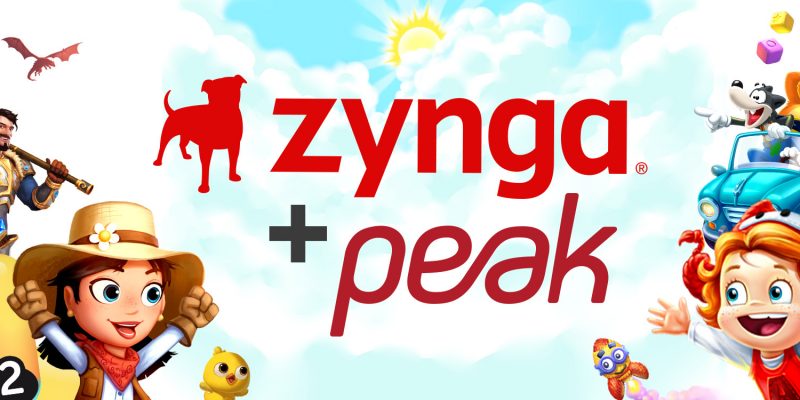 On top of the overall momentum the gaming industry has experienced over these last few months, Zynga Inc. has added momentum of its own through intriguing acquisitions and partnerships. In a time of such growth for the overall industry, combined with the momentum from these recent deals, it would seem as if it is the right time to buy Zynga Inc. , but this article will provide both sides of the coin, providing information as to whether it is in fact the right time to buy or to hold out.

Before taking a deeper dive into whether or not to invest in Zynga , check out this CNBC interview with CEO Frank Gibeau as he addressed the companies adjustments closer to the beginning of the lockdown procedures, as well as he thoughts about when the inflated engagement numbers will flatten out and how Zynga is strategizing for it.

Frank Gibeau started as CEO in 2016, and has since helped Zynga reinvent itself in the gaming industry through developments and acquisitions into a more mobile focused company as opposed to a web-browser platform. Primarily through acquisitions and partnerships, Zynga has been able to pursue a more aggressive growth phase, and have grown their share price roughly 56% in 2020 as outlined in this article written for The Motley Fool (https://www.fool.com/investing/2020/07/01/is-zynga-stock-a-buy.aspx) by Keith Noonan. 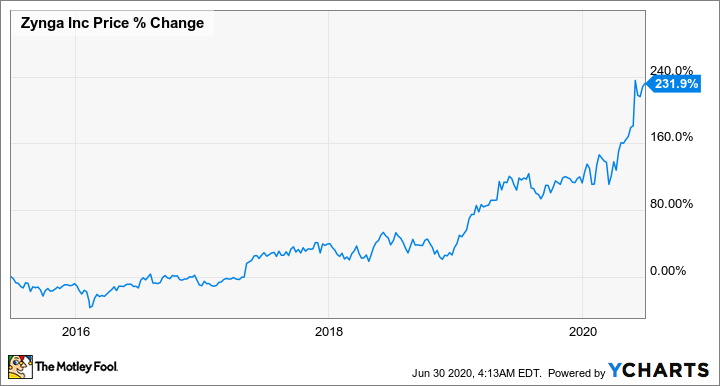 Zynga’s strategic initiatives that have helped build up this momentum, and looking to catapult them going forward include the following:

The acquisition of Small Giant Games & Gram Games occurred in 2018, and while Zynga’s daily active users in Q1 have declined since the acquisition, revenue has increased, so although there is less usage on a daily basis, Zynga has been able to monetize that usage, increasing average bookings per mobile DAU (daily active user) by 27% year over year in Q1.

Recently, Zynga  completed the acquisition of Peak Games, a Turkish mobile gaming company. Peak is one of the most popular mobile gaming companies globally with one of its titles having more than 12 million daily active users, with Noonan saying in his article that Peak should increase Zynga’s DAU base by more than 60%. With the way their revenue has been increasing year over year, shifting the direction of their DAUs can accelerate their growth even faster to possibly incorporate further acquisitions to solidify their strong position in the industry.

Lastly, two big partnerships have been formed to develop their own products. The partnership with Disney is to develop mobile games that are set in the Star Wars universe, while the deal with Snap Inc is to develop games for the company’s Snapchat social media platform. If either of these develop into a successful franchise, it can exponentially improve Zynga’s sales performance and earnings targets going forward.

Why Stay Away from Zynga

With the increasing momentum from their acquisitions and partnerships, and boost in business during the COVID-19 pandemic, which saw guided bookings number already rise to $1.84 billion from the previous $1.75 billion for 2020, people will ask why not buy into Zynga ? The Value Investor, an unnamed writer for Seeking Alpha took a deeper dive (https://seekingalpha.com/article/4367277-zynga-strong-growth-another-turkey-deal-lackluster-margins) into the reasons to be cautious when looking to buy into Zynga Inc .

While the momentum appears to be steady with strong numbers in bookings and revenue, the adjusted EBITDA last quarter and the guidance for bookings, revenue, and EBITDA for Q3 raise some concerns. Q2 revenues and bookings beat the guided numbers by 47% and 38% respectively, yet the adjusted EBITDA was $70 million, excluding $19 million in depreciation and amortization expenses and $26 million stock-based compensation among others, leaving little room for strong profits in what looked like a great quarter for revenues and bookings.

Given the strong numbers in terms of revenue and bookings for Q2, combined with the latest acquisitions and partnerships, the guidance for Q3 are not as impressive as one would hope looking to buy into Zynga : 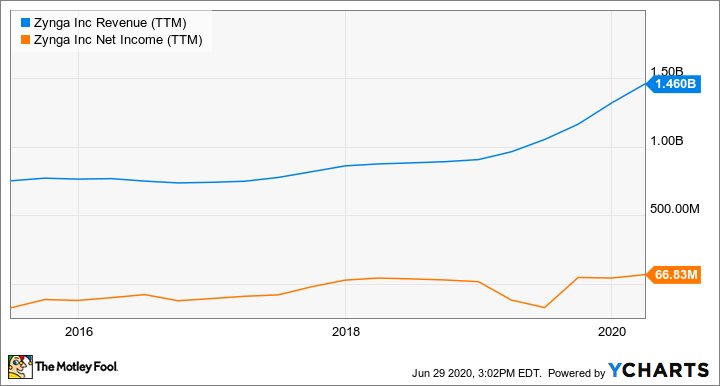 Even with the questionable guidance for Q3, the continued momentum through the acquisitions and partnerships, combined with strong revenue numbers is tough to ignore. The gaming industry is growing at a rapid pace, and so is the shift into mobile gaming. Zynga  has joined that shift, and accelerated their growth plan into the mobile sector. Although the bottom line profit numbers aren’t where an investor would like them to be, it seems as if with the increased revenue and DAUs that those bottom line numbers will steadily increase and get to a strong point, and now would be a better time to buy in before that hits.