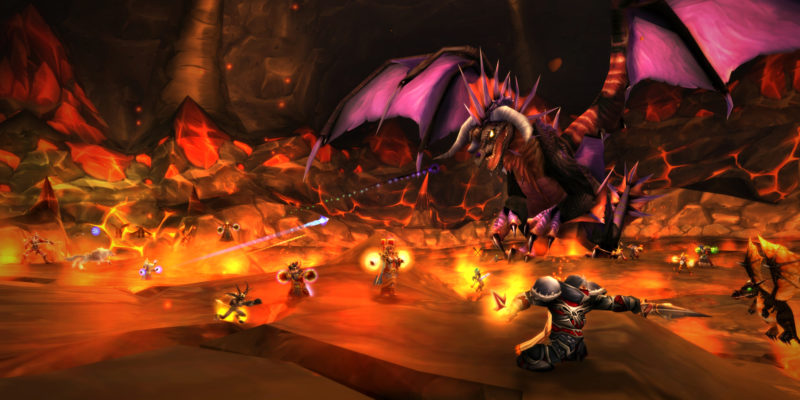 Activision Blizzard (NASDAQ:ATVI) stocks rose 6% to $51.63 on Tuesday after the highly successful launch of World of Warcraft Classic the day before, which lets players experience the hit online role-playing game the way it was in 2006.

World of Warcraft first released in 2004 and has had seven expansions since then that have expanded the in-game world and added a multitude of new features including character options, mini-games, and systems meant to make gameplay easier and more pleasant. World of Warcraft Classic strips all that away, defaulting to the last version of the game before the January 2007 release of the World of Warcraft: The Burning Crusade expansion. Blizzard first announced it was working on World of Warcraft Classic in November 2017, answering demand from both nostalgic players of the original game who wanted to return to a purer experience and newer players looking to test themselves in a version of the game that required coordinating 40 people to defeat it’s most dangerous enemies.

“It’s been a long time coming, but we’re overjoyed to welcome our friends new and old to classic Azeroth,” Blizzard Entertainment president J. Allen Brack said in a press release. “The community’s excitement is infectious and deeply motivating — it’s clear they’re as thrilled as we are to relive the World of Warcraft Classic experience. We look forward to rediscovering its wonders and challenges together with them, starting today.”

Blizzard reported that 2 million players made characters ahead of Classic’s launch. The release has also led to a spike in World of Warcraft Twitch streams, with leading streamers including Sodapoppin, shroud and Method playing Classic. Blizzard Activision shares haven’t been this high since the end of November 2018.

The game will have six phases, each adding additional content from the original game such as player vs. player combat and limited-time events. Blizzard is also celebrating World of Warcraft’s 15th anniversary this year in its main game through a variety of promotions including a free cosmetic pet for players and the chance to fight bosses from past expansions.